Arturo Alfonso Schomburg, also Arthur Schomburg (January 24, 1874 – June 8, 1938), was a Puerto Rican historian, writer, and activist in the United States who researched and raised awareness of the great contributions that Afro-Latin Americans and Afro-Americans have made to society. He was an important intellectual figure in the Harlem Renaissance. Over the years, he collected literature, art, slave narratives, and other materials of African history, which was purchased to become the basis of the Schomburg Center for Research in Black Culture, named in his honor, at the New York Public Library (NYPL) branch in Harlem. 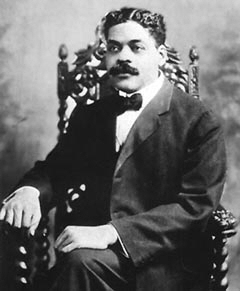