After a three-week tour of the five boroughs, the Public Theater’s Mobile Unit has returned to Astor Place to perform its abridged, low-tech production of Henry V. A lively, diverse nine-person cast takes us from castle to battlefield and back again as the young king of England (played lustily by Zenzi Williams) makes war on his neighbors and cousins in France. The real-life Henry cemented his place in history and legend by—medieval spoiler alert!—leading an exhausted, outnumbered army to victory at the Battle of Agincourt in 1415. Shakespeare’s version is every inch the bold, inspirational sovereign, but he’s also plagued by guilt over how his father came to the throne (cough cough regicide cough) and insecurity about his own legitimacy.

Casting a woman of color as Henry brings new layers to this already morally ambivalent drama, and Williams is fabulous, especially in her rabble-rousing St. Crispin’s Day speech. But director Robert O’Hara plays up the text’s humor almost to the point of parody; the French get the worst of it, as the cast goes full throttle into fey Gallic stereotype. Undoubtedly Shakespeare intended some of these scenes to be funny, but in 2018, falling back on “The French are sissies!” feels lazy. Mobile Unit shows are free, so it may be churlish to complain that this production is too much fun. But folks who are going to be seeing a Shakespeare play for perhaps the first time should get the full experience; this Henry V is one you can cheer for, but not one that commands your undying devotion.

Public Theater (Off Broadway). By William Shakespeare. Directed by Robert O’Hara. With Zenzi Williams. Running time: 1hr 45mins. No intermission. PLEASE check website for daily schedule and performance times as there are matinees and evening performances.

Cost: FREE and open to the public.

Jay Rodriguez is a Grammy-nominated Saxophonist, Flautist, Clarinetist, Film Composer, Producer and Arranger. He studied under a full scholarship at the New School for Jazz and Contemporary Music, co-founded by Arnie Lawrence, who said, “Mr. Rodriguez is … a visionary… and a true light to hear and see.” Jay is the consummate artist; his resume reads like a Who’s Who of the music world. He has performed, produced recorded and/or arranged for a variety of artists and taught/lectured all over the world. Jay co-founded the NYC phenomenon, the Groove Collective, which influenced many modern hip hop and dance music bands.  Today’s performance is Soul Inflections – featuring new compositions for clarinet, flute and saxophones.

House doors open at 11am

African-American fraternities and sororities have a long tradition of championing education, service and empowerment on college campuses and in communities across the country. Join us on May 4th for a special First Fridays Black Fraternities and Sororities/The Divine Nine Edition, presented in partnership with members of the Deltas, AKAs, Zetas and the Kappas!

We’re calling all fraternity and sorority members and those who love them to come celebrate the history of the Divine Nine in the Langston Hughes lobby. Wear your paraphernalia and rep your organization as we dance to beats provided by DJ Sylk & WBLS’s own DJ Jon Quick. Our host for the evening will be Dhalimu from Dhali’s Closet.

With our extended hours, guests are also invited to check out our 3 exhibitions Black Power, Power in Print, and Unshackled Ink.

Cost: $0 – $10. Signature drinks and food will be available for purchase from Melba’s Harlem in the lower level in the American Negro Theater. 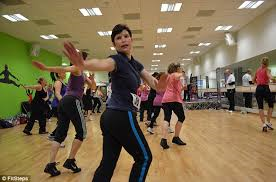 Move to Latin rhythms from today and past years: Merengue, Bachata, and Salsa. Bring your water bottle and positive energy for a morning of fun, friendship, and fitness for adults.
This is a beginner – intermediate Latin Dance Fitness course through Shape Up NYC.

Prize winning poet and author, Nicole Cooley will be the featured guest poet for the 46th annual City College Poetry Festival. The all-day, all-verse event runs from 9:15 a.m. to 5 p.m. on Friday, May 4th, and will be housed in Aaron Davis’ Marian Anderson Theater. Dubbed “the Woodstock of the Spoken Word,” the festival has become New York’s longest-running poetry celebration. Join us for a special family day in celebration of the rich diversity of Mexican and Mexican-American cultural heritage. Learn about the origins of this holiday and listen to traditional Mexican music while you decorate your own New York-inspired picado banner while you enjoy a special free snack.

Family programs are free with Museum admission and for Members, geared toward families with children ages 6-12 years old, and include a snack. Activities are designed for adults and children to complete together.

Cost: Free with Museum admission. Registration suggested but not required.

All ages are welcome to explore a different dance genre each week, including salsa, bhangra, swing, and more.

4 Contemporary African choreographers have been commissioned to create, or re-imagine, new work across the spectrum of contemporary idioms. The emergence of artists from the continent of Africa who are first or second generation American or transnational is expanding the field of modern dance. E-Moves 19 presents innovative artists that will create culturally referential work which is contemporary, arresting and fresh. Adaku Utah, Lacina Coulibaly, Ousmane Wiles and Nora Chipamire wrestle with questions that push the boundaries of what it means to be African in America now. #Nigeria #BurkinaFaso #Senegal #Zimbabwe

Cost: $20 for adults; $35 for VIP.  All tickets sales are final, no refunds or exchanges. Valid ID required to pick up tickets. NYC Parks and the Walt Disney Company will host the 11th Annual Street Games at Thomas Jefferson Park in Harlem! Street Games re-introduces classic, low-tech games played in the city in the ’60s and ’70s to a new generation of kids. The event is open to all ages and abilities.

Plus, join performances by a yo-yo master, hip-hop breakdancers, and the Dance Theatre of Harlem.