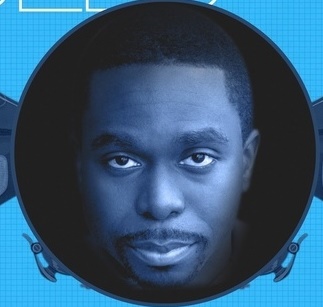 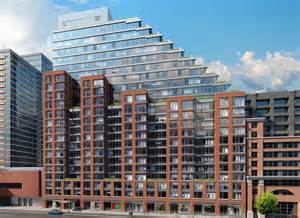 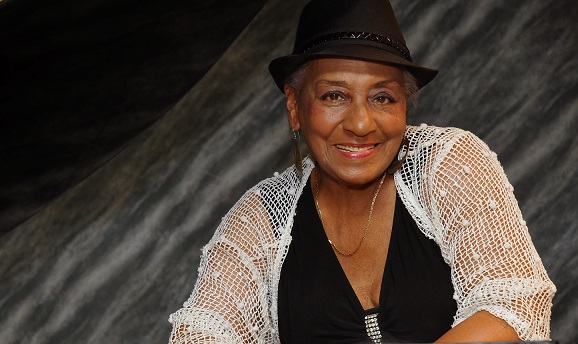 A dynamic force in improvised music, pianist Bertha Hope has been making headway in the jazz scene since the early 1960s. Raised in Los Angeles, Bertha began her jazz journey with pianists Elmo Hope and Richie Powell. In 1961 both Elmo and Bertha recorded together for the Riverside label on an album called “Hope-full.” After Elmo’s passing in 1967 she decided to devote her career to promoting Elmo’s music. During her marriage to bassist Walter Booker, Jr., they created two ensembles called ELMOllenium and the Elmo Hope Project. Bertha served as an artist-in-residence for the New Jersey State Council on the Arts where she performed with Dizzy Gillespie, Frank Foster, Nat Adderley and Philly Joe Jones. She gained exposure for her own music with the groups Jazzberry Jam and The Bertha Hope Trio, and she toured extensively in Japan. She teaches advanced jazz ensemble and continues to perform in the New York area.

Randy Weston received a 2011 Guggenheim Fellowship for Music Composition that enabled him to compose An African Nubian Suite, a major new work for jazz orchestra. The piece is based on his lifelong research on and interest in the culture, heritage and music of Africa. Weston notes: “An African Nubian Suite is a testament to the profound effect my African heritage has had on my life. I hope it will also be my message to others to help them know and feel proud of this heritage, that when I play the work, our common heritage will touch and inspire my audience. It is a labor of love to the culture, the people and the music that has so inspired and informed my life.” In 2014, Randy Weston received a Doris Duke Artist Award.  This will allow him to compose a new work, Seven African Queens, and travel to Morocco to document the traditional music of the Gnawa.

You might know Cory Henry as an in-demand, multi-instrumentalist and producer who’s worked with an array of musical legends across genres, including Yolanda Adams, Sara Bareilles, P. Diddy, Kirk Franklin, Kenny Garrett, Robert Glasper, Derrick Hodge, Shaun Kingston, Donald Lawrence, Michael McDonald, Boyz II Men, NAS, Bruce Springsteen, The Roots and as a member of the Grammy Award-winning collective Snarky Puppy. But, The Revival, (GroundUP Music/Universal Music Classics), Henry’s latest release and touring project, is truly his story: a live album and DVD showcasing Henry’s deep musical roots, both in the church and outside of it. Filmed and recorded in Brooklyn at the Greater Temple of Praise, The Revival showcases Henry’s musical roots in gospel, jazz and soul. As the Kansas City Star writes, “His performances combine the celebratory aspects of neon-lit Saturday nights with reverent praise-filled Sunday mornings.” Working off his instrument of choice — the Hammond B-3 organ — the musician is joined by drummer James Williams and his godfather, Bishop Jeffrey White, who delivers a stunning vocal take on “Old Rugged Cross.” Whereas The Revival is a tribute to his first love, the Hammond organ, and a showcase for his exceptional talents on the instrument, his upcoming album with The Funk Apostles will feature a full band sound – forged by nearly 100 shows over the last year. It is a synthesis of Henry’s many influences – Michael Jackson, Marvin Gaye, Prince, Herbie Hancock, Jimi Hendrix, Stevie Wonder, James Brown. Henry will be taking a classic sound into the here and now. As Henry says, “my way, my take.”

Winner of the 2015 Thelonius Monk International Vocal Jazz Competition and 2013 Sarah Vaughan International Jazz Vocal Competition, Jazzmeia Horn has a name that speaks for itself capturing her very essence. Hailing from the great Dallas, Texas Jazzmeia has already earned a reputation in New York as a “Rising Star.” With the ambition to pursue a solo career, Jazzmeia graced the New York scene in 2009 and earned her degree at The New School for Jazz and contemporary Music. It wasn’t much later when she began to perform as a sideman with musicians Winard Harper, Junior Mance, Billy Harper, Lincoln Center Alumni Vincent Gardner, Delfeayo Marsalis, Mike LeDonne, Peter Bernstein, Johnny O’Neal, Vincent Herring, Kirk Lightsey, Frank Wess, and Ellis Marsalis. Her accolades include Downbeat Student Music Award Recipient 2008, 2009, and Best Vocal Jazz Soloist Winner 2010, The 2013 Betty Carter Jazz Ahead Program at The Kennedy Center ­Washington D.C., The Rising Star Award for the 2012 Sarah Vaughan International Vocal Jazz Competition, Finalist for Mid-­Atlantic Jazz Vocal Competition 2014, and The 2015 ­16th Annual Central Brooklyn Jazz Consortium’s Young Lioness Award. Currently, Jazzmeia is a teaching artist in The NJPAC Wells Fargo ­Jazz for Teens Program and Jazz In The Schools Program in Newark, New Jersey. She appears in various clubs on the jazz scene nationally and internationally leading her dynamic group “The Artistry of Jazz Horn,” which includes­ pianist, bassist, drummer, saxophonist, poet, dancer and herself­ as vocalist.

The First Winner of the Annual Duke Ellington Vocal Competition in New York City, hosted by Mercedes Ellington, 27 year old Charles Turner has taken the jazz scene by storm. Charles relocated to New York in 2011, and has performed in venues such as Smoke Jazz and Supper Club, Birdland, Ginny’s Supper Club, Smalls, Mintons in Harlem, and Gin Fiz, where he performs every Thursday with Marc Cary and the Focus Trio. The Charles Turner Quartet has performed at Dizzy’s Club Coca Cola at Jazz at Lincoln Center for the Generations in Jazz festival for 2 consecutive years. Charles released his debut album Dreamers, produced by Grammy Award-winning drummer Ulysses Owens at Jazz at Lincoln Center in March 2014. In 2013, Charles was invited to participate in the prestigious Betty Carter’s Jazz Ahead program, where he worked with Jason Moran, Craig Handy, Marc Cary, and performed at the Kennedy Center. He also won Best Jazz Vocalist awards at the Monterey Jazz Festival, and was a finalist at the esteemed Shure Montreux jazz festival Vocal Competition. Charles graduated from the prestigious Berklee College of Music in Boston, MA on a full scholarship. During his time there, he had the wonderful opportunity to study and perform with Grammy Award–winning drummer and educator Terri Lyne Carrington, Dave Samuels, Dee Dee Bridgewater, and Joanne Brackeen.

Samuel Coleman is an Alvin Ailey School trained dancer and teacher, with a focus on lindy hop (swing) dancing. Coleman teaches in Harlem and Albany, and performs with the Big Apple Lindy Hoppers and the Rhythm Stompers. Coleman was a 2011 Frankie Manning Ambassador scholarship recipient. 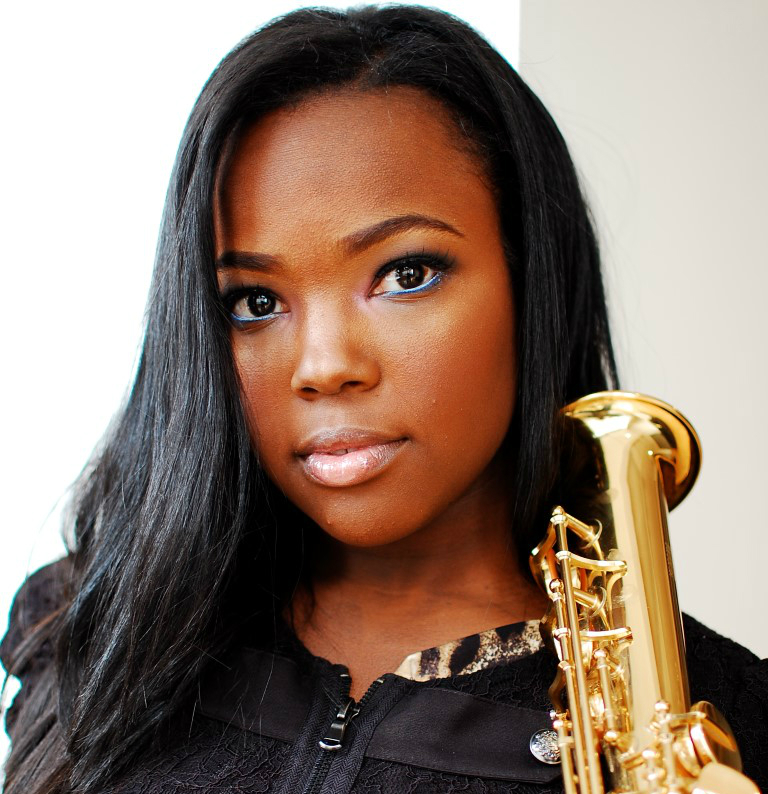 Camille Thurman, multi-talented saxophonist, flutist, vocalist, composer and educator, is a young musician emerging on the horizon, acquiring an impressive list of accomplishments that extend well beyond her years. Her lush, velvety, rich & warm sound on the tenor saxophone has eluded others to compare her sound to the likeness of tenor greats Gene Ammons and Dexter Gordon to name a few. Camille’s ability to sing 4 octaves and perform vocalese has given her the capability to influence audiences with melodies reminiscent to the sounds of Minnie Riperton, Ella Fitzgerald and Sarah Vaughan. Camille was a runner up in the 2013 International Sarah Vaughan Vocal Competition, and twice won the ASCAP Herb Alpert Young Jazz Composers award. Her quartet performed her compositions in the ASCAP/ Kennedy Center “Songwriters: The Next Generation” showcase and she has appeared on BET’s Black Girls Rock in Kim Burse’s All Star Band.

“Jason [Lindner] was a godsend,” says producer Tony Visconti in a recent interview.  “We gave him some pretty far-out chords, but he brought a jazz sensibility to re-voice them…Jason’s synthesizer didn’t have a computer with souped-up programs like Omnisphere on it.  He would just do it with guitar pedals, making all the sounds unique.”

Created in 2009 by a commission from the Jazz Gallery and the Jerome Foundation, the 11-piece Breeding Ground ensemble finds Andreou and Guiliana in the engine room, with Lindner on more piano than synths, leaving room for a string section, a horn section, and singer-songwriter Jeff Taylor as the featured vocalist.

Electro-acoustic, poly-rhythmic, cross-pollinated, dirty and mixed up, improvised and composed, multi-formatted and ever shifting, Breeding Ground is the epitome of liquid modernity. Their debut full-length album will be released in 2016.

DJ Greg Caz has been spinning around New York since the early 1990s. He made a name for himself during his long stint at Black Betty (R.I.P.) in Williamsburg, where he co-hosted Brazilian Beat Sundays – a raucous DJ night of 1970s Brazilian dance music that inspired two mix CDs, Baile Funk, Vols. 1 & 2. Caz caught the “sweet sickness” of record collecting at a young age and owns crates and crates of funk, soul, rare grooves, reggae, jazz, golden-era hip hop, Latin music, ’70s soft rock and African music. He has long been a resident DJ at Nublu in the East Village, and recently provided lyric translations for the reissue of four Marcos Valle albums on Light in the Attic records. He has appeared in London, Brazil, Germany, Austria, Scotland, Ireland, Los Angeles, San Francisco, Washington DC, Chicago, Montreal and elsewhere. 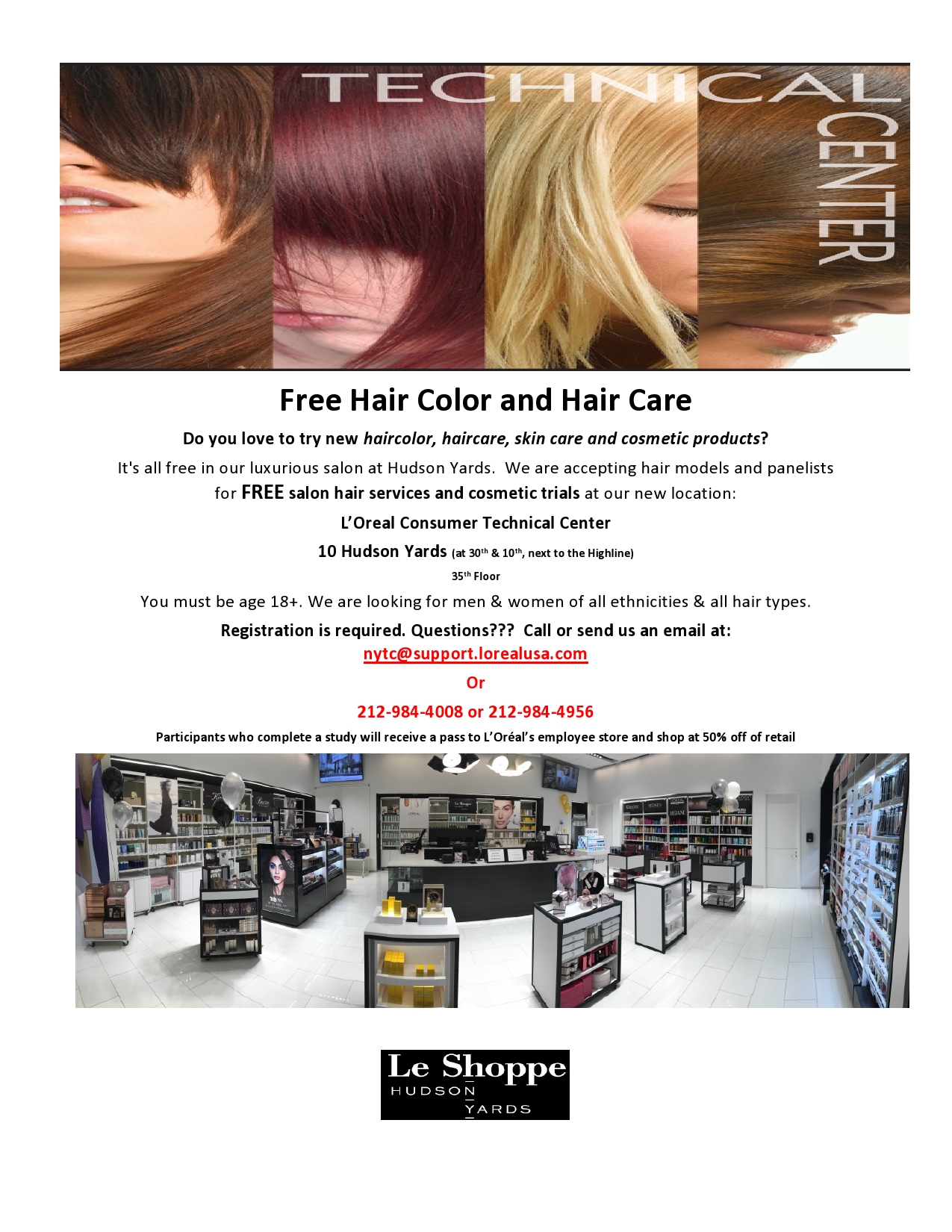 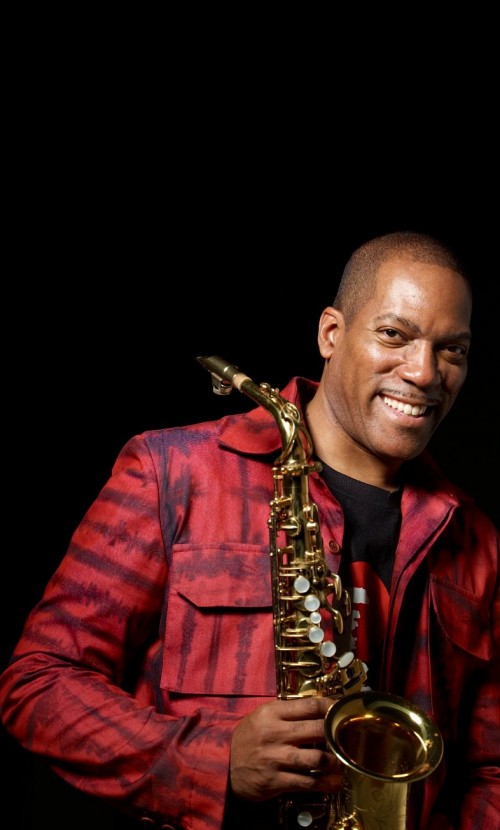 Saxophonist Eric Person has performed, recorded and  collaborated with jazz legends such as McCoy Tyner,  Dave Holland, Donald Byrd, Chico Hamilton, John Hicks and many others. Since his breakout debut release, “Arrival” his music has shown originality, creativity,  beautiful complexities and depth. Person is a prolific composer and arranger who leads duo, trio and quartet projects as well as a big band.  He has produced and released 10 CD’s under his leadership.  Russ Musto of All About Jazz magazine stated “Person is more than fine; he’s a major talent of his generation.” 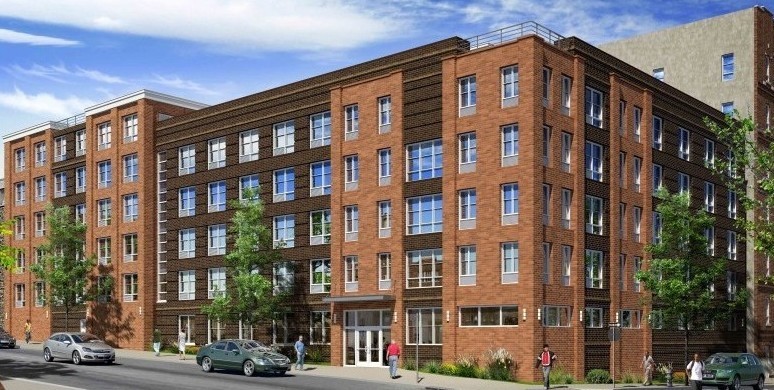