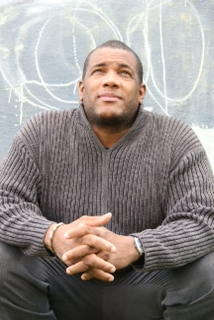 Kahlil Kwame Bell, having made nearly 90 recordings with numerous musical icons and legends as well as with his own talented band, has been called “one of the most prolific musicians in the industry today.” He plays over 1,000 percussion instruments and has experimented with wood and clay flutes. His musical output varies from jazz to rock to hip-hop; from European classical to world music; from spirituals to spoken word accompaniments. His layering of sounds and instruments, sometimes blended with unique rhythms, reflects his view of the unity of cultures through music. His work for other musicians, as well as his renditions of his own compositions, can be heard almost daily on jazz and world music radio programs worldwide. Bell uses an innovative percussion instrument called the slappaphone, whose unusual sound captivates all who hear it. Asked about the instrument, Bell says, “The slappaphone called me when I first heard it and it has become my voice … offering rhythm and melody to the listener.”