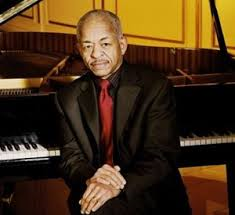 ADEGOKE STEVE COLSON, pianist, and composer, has performed internationally as a leader of jazz ensembles ranging from trios to orchestras. Born in Newark and raised in East Orange, NJ, he received his degree from Northwestern University School of Music and lived in Chicago for a decade before returning to the East Coast where he now resides. A critically acclaimed figure in modern jazz, Steve’s compositions are finding their way into the jazz standard repertoire and are being performed and recorded by some of today’s jazz greats as well as by his own group. He became a member of The Association for Advancement of Creative Musicians (AACM) in the early 70’s, a musicians’ collective that has influenced music internationally in the 20th and 21st Century. Steve has received several commissions and awards for composition from organizations with interests in the arts, and has traveled throughout the world performing with many talented artists.  6/14/2016 at 12 Noon to 2:00 PM