Home featured The Division of Negro Literature, History and Prints was renamed on May 8, 1925
featured

The Division of Negro Literature, History and Prints was renamed on May 8, 1925

5/8/1925: A Division of The New York Public Library began operation as “the Division of Negro Literature, History and Prints”. Today it is known as the Schomburg Center for Research in Black Culture.  The Schomburg Collection was considered, in 1998, as consisting of the rarest, and most useful, Afrocentric artifacts of any public library in the United States.  At least as late of 2006, it is viewed as the most prestigious for African-American materials in the country.  As of 2010, the Collection stood at 10 million objects. 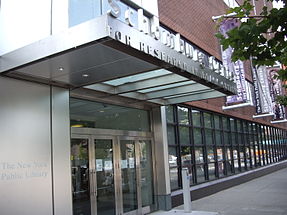