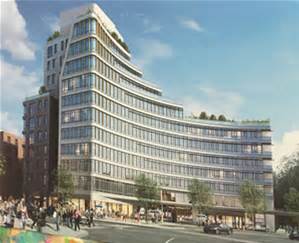 Crescent 110 Equities LLC, is pleased to announce that applications are now being accepted for 10 affordable new condominiums now under construction at 2040 Frederick Douglass Blvd in the Harlem section of Manhattan. This building is approved to receive a Tax Exemption through the 421-a Program of the New York City Department of Housing Preservation and Development. The amenities will include a uniformed lobby attendant, laundry facilities, recreation space, intercom, pre-wiring for a telecommunications system, individual temperature control for each condominium unit, and outdoor and indoor recreation space. 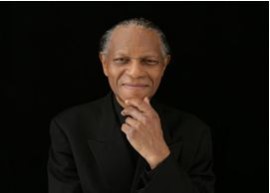 McCoy Tyner’s blues-based piano style, replete with sophisticated chords and an explosively percussive left hand has transcended conventional styles to become one of the most identifiable sounds in improvised music. His harmonic contributions and dramatic rhythmic devices form the vocabulary of a majority of jazz pianists. At seventeen, he began a career-changing relationship with Miles Davis’ sideman saxophonist John Coltrane. Tyner joined Coltrane for the classic album My Favorite Things (1960), and remained at the core of what became one of the most seminal groups in jazz history, The John Coltrane Quartet.

Tyner’s name was propelled to international renown, as he developed a new vocabulary that transcended the piano styles of the time, providing a unique harmonic underpinning and rhythmic charge essential to the group’s sound. After over five years with Coltrane’s quartet, Tyner left the group to explore his destiny as a composer and bandleader. His 1972 Grammy-award nomination album Sahara, broke new ground by the sounds and rhythms of Africa. He has since released nearly 80 albums, awarded Jazz Master from the National Endowment for the Arts, and has earned four Grammys.

The record shows that Tyner, who now carries the torch as the only surviving member of the John Coltrane Quartet, is still at the top of his game as a composer, performer, and bandleader. He continues to leave his mark on generations of improvisers, and yet remains a disarmingly modest and spiritually directed man.

Ron Carter is among the most original, prolific, and influential bassists in jazz. With more than 2,000 albums to his credit, he has recorded with many of music’s greats: Tommy Flanagan, Gil Evans, Lena Horne, Bill Evans, B.B. King, the Kronos Quartet, Dexter Gordon, Wes Montgomery, and Bobby Timmons. After touring in the early 1960s, he became a member of the classic and acclaimed Miles Davis Quintet. Currently, after 18 years on the faculty of the Music Department of The City College of New York, he is now a Distinguished Professor Emeritus. In addition to teaching, arranging music, lecturing, conducting, and writing two books, Carter remains as active as ever as a performer.

Carter is a two-time Grammy winner and has been named Outstanding Bassist of the Decade by the Detroit News, Jazz Bassist of the Year by Downbeat magazine, and Most Valuable Player by the National Academy of Recording Arts and Sciences. Other distinctions include two honorary doctorates from the New England Conservatory of Music and the Manhattan School of Music, France’s Commander of the Order of Arts and Letters medallion and title, and he was named the 2002 recipient of the prestigious Hutchison Award from the Eastman School at the University of Rochester.

A veteran drummer long overshadowed by others, but finally in the 1990s gaining recognition for his talents and versatility, Roy Haynes has been a major player for half a century. He worked early on with the Sabby Lewis big band, Frankie Newton, Luis Russell (1945-1947), and Lester Young (1947-1949). After some engagements with Kai Winding, Haynes was a member of the Charlie Parker Quintet (1949-1952); he also recorded during this era with Bud Powell, Wardell Gray, and Stan Getz. Haynes toured the world with Sarah Vaughan (1953-1958); played with Thelonious Monk in 1958; led his own group; and gigged with George Shearing, Lennie Tristano, Eric Dolphy, and Getz (1961). He was Elvin Jones’ occasional substitute with John Coltrane’s classic quartet during 1961-1965, toured with Getz (1965-1967), and was with Gary Burton (1967-1968). In addition to touring with Chick Corea (1981 and 1984) and Pat Metheny (1989-1990), Haynes has led his own Hip Ensemble on and off during the past several decades. When one considers that he has also gigged with Miles Davis, Art Pepper, Horace Tapscott, and Dizzy Gillespie, it is fair to say that Haynes has played with about everyone. He led dates for EmArcy and Swing (both in 1954), New Jazz (1958 and 1960), Impulse (a 1962 quartet album with Roland Kirk), Pacific Jazz, Mainstream, Galaxy, Dreyfus, Evidence, and Storyville. In 1994, Haynes was awarded the Danish Jazzpar prize, and two years later, he received the prestigious French Chevalier des l’Ordres Artes et des Lettres.

In the late ’90s, Haynes formed a trio with pianist Danilo Perez and bassist John Pattitucci, and they released their debut album, The Roy Haynes Trio Featuring Danilo Perez & John Pattitucci, in early 2000 on Verve. Haynes’ son Graham is an excellent cornetist. Haynes paid tribute to Charlie Parker in 2001 with Birds of a Feather, his fourth release for the Dreyfus Jazz label, which was subsequently nominated for a Grammy in 2002; Fountain of Youth followed two years later. Also released in 2004, Quiet Fire compiled two of his prior releases for Galaxy (1977’s Thank You Thank You and 1978’s Vistalite) into one back-to-back record. Whereas appeared in mid-2006, and it earned Haynes a Grammy nomination for Best Jazz Instrumental Solo.

Marvin Sewell is a highly professional, talented and accomplished musician, composer, and producer who has a truly dynamic and distinct sound that encompasses a “fantasy fusion” of jazz, blues, funk, alternative and world music. In 1990 Marvin moved to New York City where he began playing with bands of various music styles, ranging from acoustic to electric; and a few years later he became affiliated with Jack Dejohnette’s Special Edition. In 1995 Marvin began a long-time creative collaboration with multiple GRAMMY Award-winning recording artist Cassandra Wilson. In addition to leading the Marvin Sewell group, he is a member of the Jason Moran Bandwagon and travels the globe touring with a host of amazing performing artists. Sewell’s concept about being a world-class musical talent is to be everywhere at the same time. “It’s all about the music, the connection and the moment … no labels, no boundaries – just thinking outside the box and letting it flow.” 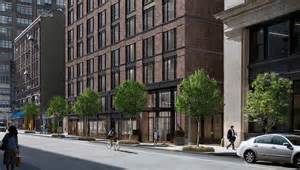 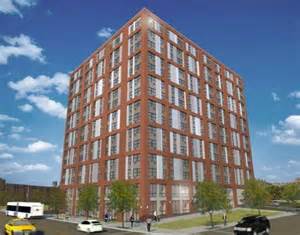 5/28/2016 from 10:00 AM to 9:00 PM – The Grand Opening of House of Duende Dance Studio & Creative Space – House of Duende is East Harlem’s newest dance studio and creative space dedicated to celebrating culture and cultivating creative collaboration. We offer dance classes in all styles, for various levels and ages. Some examples, but not limited to, are Salsa, Flamenco, Kathak, Waacking, Vogue, Hip Hop, Krump, Hustle, House, Latin Funk, Chinese Dai, Samba, Afro-Brazilian, Capoeira… and much more!

We’re celebrating our grand opening by hosting free open level dance classes and explorative workshops taught by some of NYC’s best choreographers! Local artisans and food vendors will also be selling their crafts. Live music, performances, and raffle prizes will be featured throughout the day as well! Children, teens, and adults of all ages are welcomed to participate in every activity. Come out and discover your inner artist spirit! 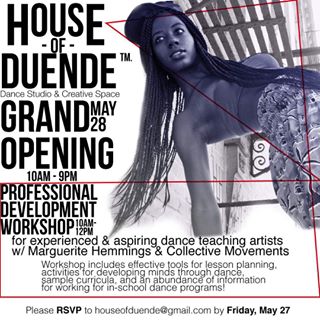 5/26/2016 to 5/28/2016 – Mistero Buffo With Panos Vlahos – This performance, crafted as a journey through the life of a Giullare spanning monologues, soliloquies, storytelling, dialogues and crowd scenes, and redefining the notion of order and power. The protagonist of this comical mystery finds his roots in the medieval jugglers and commedia dell’ arte, and as a genuine fool,  voices subversive preaching with a chuckle!

Actor Panos Vlahos uses his  technical ease to perform a number of different characters as a fool, a player, a peasant, soldiers, villagers, the Pope and Jesus Christ in a one-hour statement. Performed in a church Triantafyllidou and Vlahos subvert the politics of philosophy in a contested public space that both sensors and provides context to political discourse.

“Our Mistero Buffo is a social interpretation of the Passion Stories, from the point of view of the Guillare, a clown that explores and reconstructs the meaning of Miracles!” says director Lyto Triantafyllidou.

Karl Berger is a six time winner of the Downbeat Critics Poll as a jazz soloist, recipient of numerous Composition Awards. Professor of Composition, Artist-in-Residence at universities, schools and festivals worldwide; PhD in Music Esthetics. 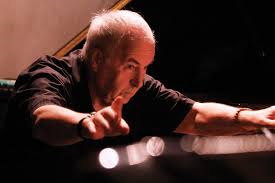 The CityParks PuppetMobile presents the classic “Puss in Boots” tale, with a twist. Once upon a time there lived a young man named Ferguson Mundingle. Fergus has just the bare essentials in life – a roof over his head, the clothes on his back, and his ever faithful pet cat. One day when lamenting his poor lifestyle, Fergus is astounded when his cat stands up, begins talking and introduces himself as Puss. Puss reveals to Fergus that he is very intelligent and well traveled, and even has an idea to help Fergus improve his situation. With that in mind, Puss dons a snazzy pair of boots and sets off on an exciting magical journey. Despite his reputation as a sly trickster, Puss soon proves himself a caring friend to all, willing to help at any cost!