Ulysses S. Grant was born on this day

Ulysses S. Grant was born in Point Pleasant, Ohio, on April 27, 1822.  He was the 18th President of the United States (1869–77). As Commanding General of the United States Army (1864–69), Grant worked closely with President Abraham Lincoln to lead the Union Army to victory over the Confederacy in the American Civil War. Twice elected president, Grant led the Republicans in their effort to remove the vestiges of Confederate nationalism and slavery, protect African-American citizenship, and support economic prosperity nationwide. 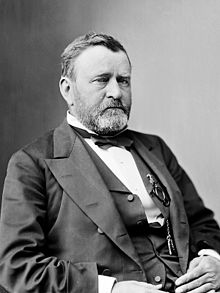