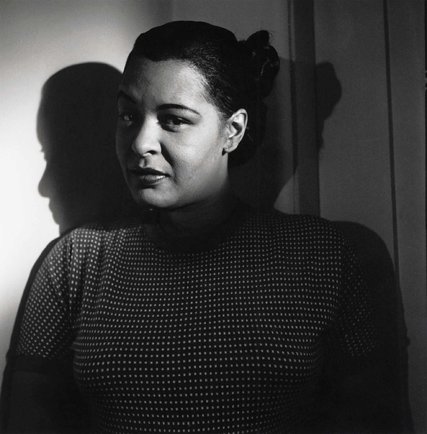 In Billie Holiday’s “I Cried for You,” recorded at Clark Monroe’s Uptown House in Harlem in 1941, time feels unimportant. She’s flooding the entire thing, doing a long yell, a game of phrasing and pitch, with words delayed and shaken and skywritten.

She sounds unbothered by the placement of the bar lines but grounded by her relationship with the song’s form and the band’s groove. (The audience knows: It is screaming.) At 26, she sounds as if she has been on this particular stage all her life, playing with the song’s possibilities, and isn’t ready to leave. “ ‘I Cried’ was my damn meat,” she wrote in her memoir, “Lady Sings the Blues.” The song connects backward to Louis Armstrong’s phrasing and silences and Bessie Smith’s volcanic projection; it connects forward to purposeful, idiosyncratic, brash or subtle or sideways vocal phrasers in the jazz and blues aesthetic and beyond: Abbey Lincoln, Betty Carter, Shirley Caesar, James Brown, Bob Dylan, Sly Stone, Erykah Badu. Holiday died in June 1959, at 44, sounding twice that age. This Tuesday she would have turned 100. This is as good a reason as any to think about her essence, and it makes her the focus of concerts and albums over the next several weeks by singers who have been doing their own thinking, as well as a critical biography by the jazz historian John Szwed, “Billie Holiday: The Musician and the Myth,” published this week.

Cassandra Wilson has a completely different vocal tone from Billie Holiday’s: broad and dark rather than thin and piercing. Her new record, “Coming Forth by Day” (Ojah/Legacy), presents songs that Holiday recorded, but revised beyond recognition, with a band including the guitarist Kevin Breit and the rhythm section of the Bad Seeds, Nick Cave’s band. There’s no attempt at an impersonation of Holiday’s sound, whether with a small swing band or a string orchestra. There’s a reason for this.